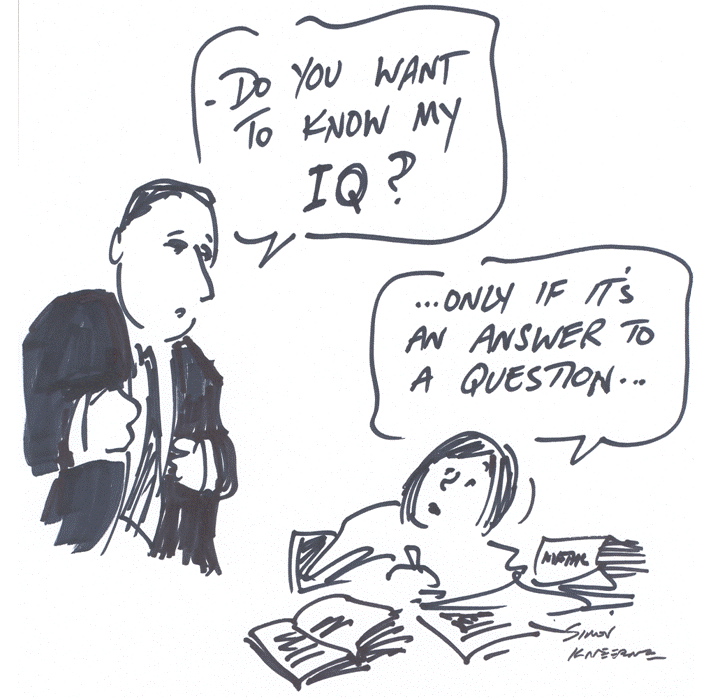 According to Edward de Bono, we all run the risk of falling into the “intelligence trap.” It is assumed that intelligence goes hand in hand with thinking. Too often however, intelligent people are in danger of becoming poor thinkers. They are in effect, trapped by their own intelligence. That is, they use their intelligence to entrench themselves in support of one point of view, and because they are genuinely intelligent they can mount some very convincing arguments for their position.

Consider … if you had invested significant time, dollars and effort in being promoted and developing a level of skill and expertise in doing things a certain way, the notion that there might be better ways, other than yours, can be extremely confronting!

Resistance to change and new ideas by intelligent people, is one of the main reasons change management and improvement initiatives don’t always get traction. We don’t help things along either as we have a strong tendency to defer to the views of those who can mount a convincing critical argument. Critical assessment however is only a part of the thinking that we need to embrace and use going forward. Criticism is a powerful weapon in the hands of those who suffer the intelligence trap. Criticism however is easy, it’s a simple matter to pull a new idea to pieces or critique an as yet unproven concept.

A quotation from Dr de Bono that often springs to mind is “You cannot dig a hole in a different place by digging the same hole deeper.” Intelligent people/experts can be very effective diggers of single deep holes.

In an increasingly complex world we need to be constantly digging holes in new and different places in an ongoing attempt to uncover new and better ways of not only doing things better, but just plain surviving.